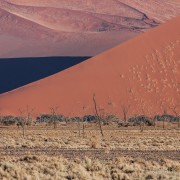 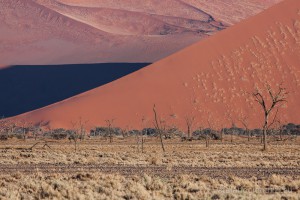 First comes the Great Wide Open. Shining, Trascendently Splendiferous, ripping apart your mind and blowing it as a thunderstorm. Then enters dust. Anywhere, anytime. On lenses, in your eyes, into your throat. On clothes and bags. Covering your European way of thinking, being, talking, taking pictures. 12 days. 3300 pictures (to be selected), 4100 km, 12 peoples and a guide,Â Philip Conradie, who’s the right guy you want aside on a travel like this. This is a short travel reportage related to my trip to Namibia with Nature Photographers Emanuele Biggi and Francesco Tomasinelli.

The travel did not started the right way, due to a Milan Malpensa ground personnel strike, which made us miss our first plane to Munich, so our Company spent the may 30th whole afternoon at the ticket desk trying to avoid loosing 3 or 4 days in Namibia more. Luckily ever after, a SEA staff guy found an Air Namibia flight from Frankfurt to Windhoek for the following day, so, after a night spent in a small hotel (Idea Hotel Plus) 1 km near the airport, we finally left Europe on may, 31 (for the record: the Air Namibia check-in guys made a mess with our reservation and spent with us a fantastic couple of hours ad their desk in Frankfurt). 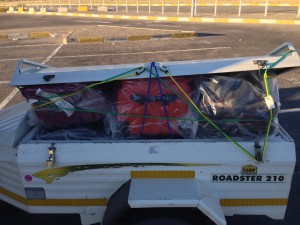 Nice flight to Windhoek (Hosea Kutako International Airport (HKIA)) where we touched ground at 05:30 a.m and we finally met Philip – our guide – who waited for us with a surprise: a trailer way too small for the dozens of luggages we brought with us (which were NOT, of course, any part of the photographic equipment). Main result? A lovely sunday morning tour around Windhoek in order to find a “flagship” trailer (that we found). We finally left at noon for the first leg of our route: Aus (more than 500 km due south).

Aus is a small village in Karas Region in southern Namibia, lying 230 km west of Keetmanshoop, about 125 km east of LÃ¼deritz and located in the Aus Mountains above the plains of the Namib Desert. The climate is usually hot and arid but snow has been recorded in winter in 1963.Â The village was formerly the site of a prisoner-of-war camp established by the South African army in 1915 to house German inmates captured during the First World War. The inmates initially lived in tents but later built brick houses. The number of prisoners reached 1500 but by May 1919 the last inmates left and the camp closed. A plaque marks the site today and some of the houses have been reconstructed. 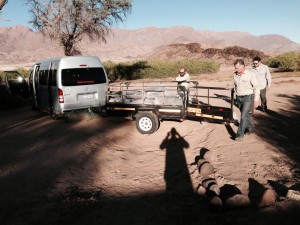 The area west of Aus is noted for its herd of feral horses living in the desert. Their origin is uncertain but today there is a population of between 150 and 200 individuals which have adapted to the harsh environment. They urinate less than domestic horses and can go five days without water. They drink at an artificial water hole at Garub Pan where a blind has been erected to enable tourists to watch the animals without disturbing them (source: WikiPedia).

As you may see from the pics, the trick-of-the-trade (our WorkAround) for mastering dust over an open trailer, consisted in rough plastic bags used to wrap our luggages and protect them from the dust (no dust on bags -> people covered with dust over the packing/unpacking procedure). 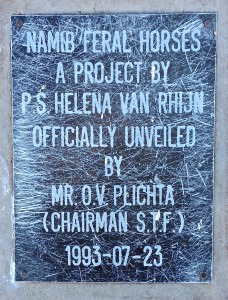 “You’ll get used in a couple of days” they said. Waking up at 05:00 a.m. with damn-bones-freezing wind bringing dust into your nose it’s not exactly my relaxing holiday idea. But, sincerely, this was not meant to be a lazy, boring vacation, and i really got used to, especially thanks to the wonder coming at my eyes every morning. I must thank my Companion Giuseppe C. for launching me off the room with military routine everyday.Â We left the comfort of theÂ Klein-Aus VistaÂ (3 km west of Aus on the B 4 to LÃ¼deritz) lodge for a short van transfer to get dawn and shelter near a man-made waterhole which is actually scheduled by feral horses for morning drinking. 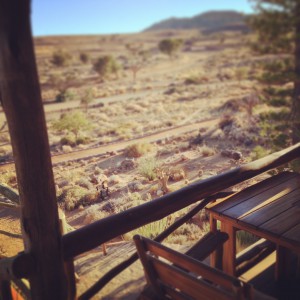 I must confess that enjoyed the show very much, platoons of horses coming from the mountains, drinking, rolling over in the sand, fighting, then passing by. Anyway, a theory mentions that the German Schutztruppe had about 2000 horses (probably Trakehner) stationed near Aus during WWI and when they had to retreat before the South African troops, they just left behind their horses. However, the retreat for the most part, was carried out in an orderly manner. At the same time some reports state that there were even more horses in the area: 10,000 South African soldiers with their 6,000 horses had set up camp near Garub in March of 1915. A dug well existed at that location. It supplied water for the steam engines at the nearby railroad line. This means that there were about 8000 horses in all in at the edge of the desert within a 30 km radius!

A military report, compiled later, states: â€œIn the morning of March 27, the tireless flight lieutenant Fiedler flew to Garub and successfully dropped bombs on the enemy camp amidst 1700 grazing cavalry horses causing great confusionâ€ (Hans von Oelhafen: Der Feldzug in SÃ¼dwest 1914/15, Berlin 1923, page 117). As the South Africans were about to start an offensive and in a hurry to stay hot on the heels of the retreating German soldiers some of the scattered horses might have been abandoned (Source: Wild Horses and Mustangs.com).

In the afternoon we took the a loop trail near the lodge, in the Gondwana Sperrgebiet Rand Park named Schutztruppe trail (10.8 km), and after spending some time looking at the Sociable Weavers (Philetairus socius) coming back home at sunset, and some more landscape pics, we had a well-deserved braai (afrikaans for “barbecue”). 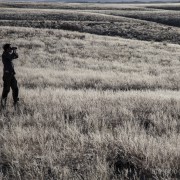