You are here: Home / Blog / ἀρχαιολογία 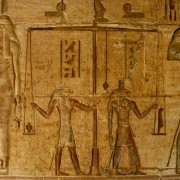 From Wikipedia: “In Egyptian mythology, where Duat is the Underworld, there would take place the Weighing of the Heart, in which the dead were judged by Anubis, using a feather, representing Ma’at, the goddess of truth and justice responsible for maintaining order in the universe. The heart was the seat of the life-spirit (ka). Hearts heavier or lighter than the feather of Ma’at were rejected and eaten by Ammit, the Devourer of Souls.”

This image has been taken in october 2011 in the temple of Ptolemy IV in Deir El Medina, on the West Bank of Luxor. In its “The Traveler’s Key to Ancient Egypt” John Anthony West reports: “The Psychostasis is one of the better-known chapters of the Book of the Dead (the Book of the Coming Forth by Day) and is more commonly depicted on the funerary papyruses that were buried with the deceased than painted or carved into temple walls, making this representation particulary valuable. Osiris, seated, presides. The four constituent elements of the deceased stand before him upon the open lotus of consciousness. In front, awaiting the verdict, is Ammit, Eater of the Dead. This protean hybrid changes form from time to time but is most commonly depicted as she is here, part crocodile, part hippopotamus, part lion. She represents the world of pure carnality, uninfused by spirit. Esoterically, the soul that has not benne “justified” or “realized” was consigned to oblivion, “eaten” by Ammit; in other words, having lived as mere matter, it dies as mere matter and is no more. Strictly speaking, there was no exact Egyptian equivalent to the notion of Hell as a place of eternal torment; rather there were purgatorial areas where the enemies of Re suffered appropriately horrible punishments. For the Egyptians, as for us, the hearth was a metaphor” for “conscience”, and it is the heart that is weighed against the feather of truth to determine the fate of the deceased.” 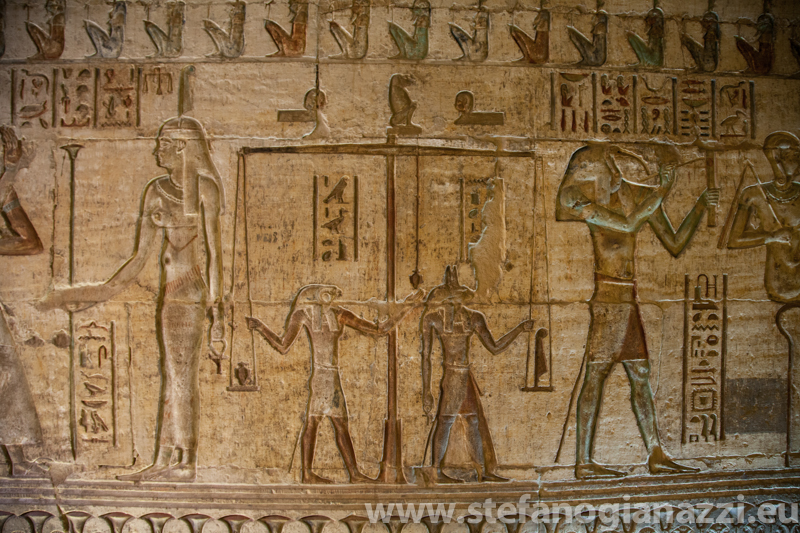 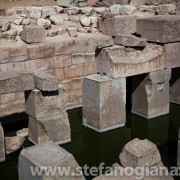